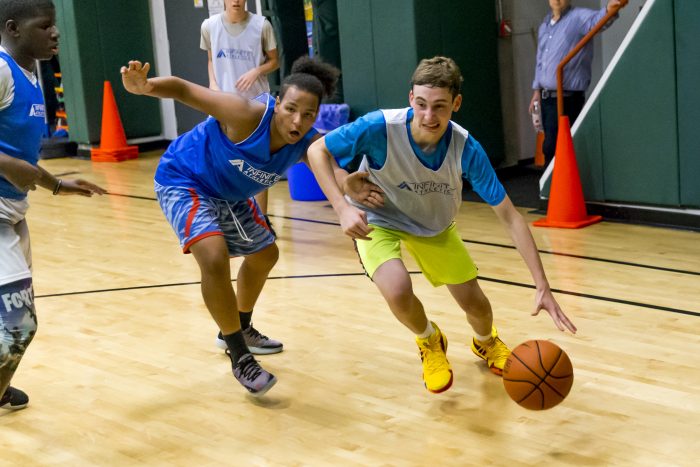 Watching a basketball player dribble the ball between their legs as the shot clock winds down for 15 seconds at a time may seem harmless, but it is hurting your kids. Coaches may think it’s normal because it has become so common that they often let it go. Here is a news flash for all parents and coaches. Normal and common are NOT the same.

MVP James Harden has formed a great buzz over the last several seasons becoming one of the most unstoppable 1-on-1 players in the NBA’s recent memory. He has also been the face of the team and the leader of their organization by willing their team into the #1 slot in the Western Conference.

Coach Mike D’Antoni has proven through the beauty of analytics that isolation basketball and three pointers are actually MORE valuable to a team than ball movement and post ups. All of these facts are facts indeed. Sadly however, sometimes the truth is not all of the truth and sometimes winning games does not represent how winning is done.

“The players with the highest basketball IQ’s tend to get many more phone calls from college coaches.  They see plenty of kids who can hit crowd pleasing shots. “

Yes the stats prove that this algorithm of cluster 3’s and 1-on-1 play will get you wins. However, isolation basketball is no path to success. The Warriors (albeit a shell of themselves due to stifling Rockets’ defense) proved that to be the case once again. But NBA basketball is entertainment, and should be viewed separately from basketball below the professional level. The NBA has rules ingrained in it’s system that cause this sort of basketball to bring good teams into the “greatness” category. However, if you have ever watched youth basketball closely you understand ball movement is the death of a good defense.

The current generation of hoopers may have difficulty deciphering between a good shot and a terrible one.

Youth basketball fans need to understand that contested step back 3’s, are BAD shots and all made shots are not created equal. It may seem counterintuitive but in this day and age, not all shots are a cause for celebration.

Youth basketball players need to see the value in getting closer to the rim. Perfecting a portion of their craft 3 feet away, before shooting from 23 feet away is key. Of course it looks great and the crowd goes wild when the ball tears down the net on a fall away three pointer.  But the game has never looked so sweet as when it is seen from the perspective of a coach watching his players complete a backdoor cut for an open layup.

Take it from a coach’s perspective. There are few things more demoralizing on a basketball court than losing in a game of wits within the game. The teams that are the most well coached tend to have better results in the long term. The players with the highest basketball IQ’s tend to get many more phone calls from college coaches. They see plenty of kids who can hit crowd pleasing shots.

Take our advice. The next time you watch your child take a step back 3 pointer with a hand in their face, stop. Now imagine how much clearer the basket would seem if they had shot faked that defender in the air. Outsmarting your defenders feels better than out “thrilling” them. If you don’t believe us, take a look back at first game of the NBA Finals!