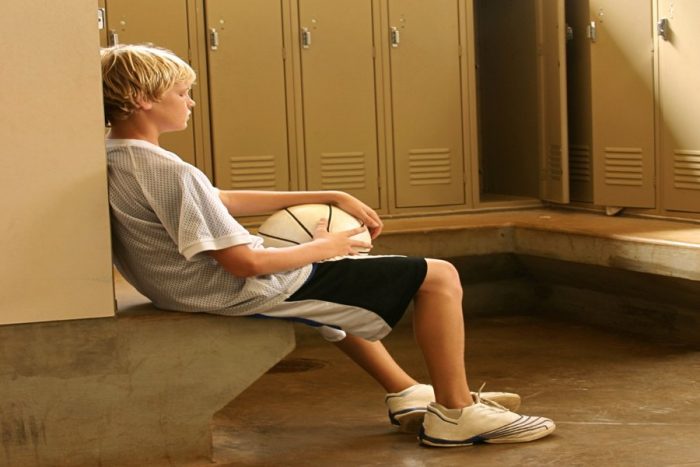 This may be a tough pill to swallow, but odds are he/she is not listening to their coach. This doesn’t mean his/her coach is completely right, nor does it necessarily mean your child is purposely disobeying or disrespecting the coach. Rather, it is a matter of poor communication. Your child is probably not understanding what your coach is asking of him/her.

I always joke that Gregg Popovich had a very simple conversation with all incoming players during their “Big 3” era. Pop would would sit down with every new player trying to get on the roster spot and say “I’ve had some of the most talented, most athletic, most stat-stuffing players come through my door at the Spurs organization, and all I ask of you is to average 8 ppg, 4 rpg, play great defense, and don’t turn the ball over. That’s what this team needs.  Can you handle that?”

They all laugh at the simplicity of the task at hand. After the following night’s game, the new player always comes back with stat lines like 21 and 10, 30 and 5, 15 and 15, with a smile on their face. They all say the SAME thing. “Coach Pop, not only did I get you 8 and 4, I got you MORE… much more. Double and even triple what you asked! So where do I sign? Where’s my welcome banner?”

Coach Pop always replies the SAME way. “That’s great, but you’re fired…because that’s not what I asked for. That is not what this team needs.

“The majority of the time the player and coach have a disconnect of what their expectations are, when sometimes all you need to do is ask and listen”

Then came Danny Green (NBA champion, All Defensive Team honoree and now seasoned veteran). He and Gregg Popovich had the exact same conversation one time and one time only.

Danny Green said “Ok…are you sure that’s all you want?”. Pop replied “yes, that’s ALL I am asking you to do. I’ve asked SEVERAL players to do it before and I’m asking you now.

Danny stepped on the court, had 8 pts and 4 rebounds, spent all of his energy playing great defense and didn’t have one turnover. Dejected, Danny Green comes back to Pop and says.”Ok, well, I feel like I could have done more coach, but how was that?”

Gregg Popovich started Danny Green on his championship contender Spurs teams for the next 6 years. He averaged 8pts 4rbs per game, leading the league as one of it’s top defenders and limiting turnovers by always making the “right” play.  He is now a starter for the Toronto Raptors averaging his best stats to date, a great career behind him with some great years still ahead of him.

The moral of the story…coachability!

The majority of the time the player and coach have a disconnect of what their expectations are, when sometimes all you need to do is ask and listen. If you trust your child’s coach, trust that they have a vision for your son/daughter and if everyone is on the same page great things can be accomplished. Remember, your child already made the team when they could just as easily have been cut. Players can’t truly contribute (from a statistical perspective) from the bench. Coaches want everyone on their roster to bring something, you just need to find out what that SOMETHING is.  Once you do, watch the minutes multiply!