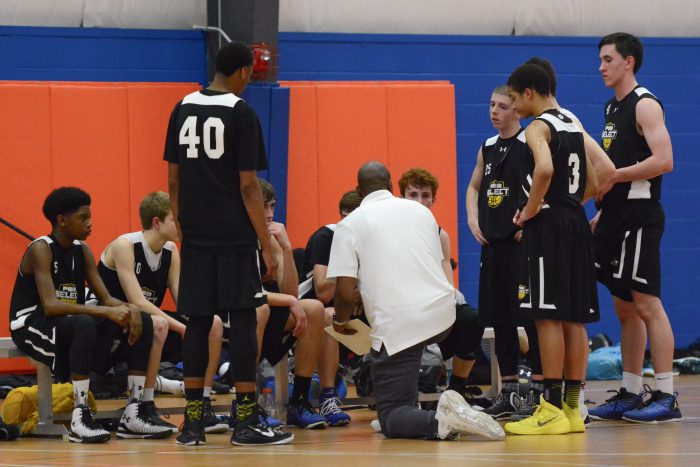 There are a myriad of coaching styles suitable for youth athletes, but all players tend to have a “type” that get the most out of them. From a distance, you may see a coach who is constantly on his feet and patrolling the sidelines. Maybe he is perpetually in the referee’s ear pleading his case about a missed call for one of his players. Or perhaps he has a more laid back approach, remains seated the entire time and seldom gives instructions to players at all!

Whatever your coach’s style, the most important aspect of coaching is two-fold. What is the message they are conveying to their players and are their players receiving that message? Here we provide examples of these various coaching styles as some tend to be more effective than others.

These are the coaches who are constantly yelling instructions from the sideline with no regard for “inside voices”. Whether they are 2 feet away from players or 20 feet away from the action down court, these coaches will be heard in the gym from every seat in the house! “Screamers” tend to be among the most invested coaches in the outcome of games and are often very emotional during competition.

On the bright side, players see how much their coaches care. Conversely, some screamers tend to get carried away, use foul language, don’t read players’ emotions well and push beyond the point of players’ understanding. Sadly, when “screamers” scream too much, players eventually tune them out.

These coaches tend to be more on the cerebral side during games. They provide players with instructions prior to games (primarily during practices) and during time outs, but rarely leave their seats during competition. Great “Thinkers” are able to convey the game strategy to players from the bench with simple hand signals. Players look to the sideline after made baskets, their coach gives them the sign, and they know exactly what needs to be done. Poor “Thinkers” seem like basketball savants, until they flash the signal and players look perplexed. The coach seems disinterested, the players look puzzled, and parents are left frustrated.

“There are various coaching styles that get the job done“

These coaches are the most enjoyable to watch (from an entertainment standpoint) as they seem to have a constant rivalry with referees. Each game they complain about every call, and try to convince referees to overturn the previous whistle.

For parents who are not basketball experts let us assure you, an overturned call has NEVER happened. Yet these “Negotiators” will try every possession down court to achieve the impossible. They obviously care about the outcome for the kids, but the consistent complaints tend to spread to the players. If you see a team full of players with the palms of their hands always aimed toward the ceiling…you’ve got a team full of negotiators with their coach leading the pack ( 🤷‍♂️).

Which style is the best for your child?

Great coaches come in all shapes, sizes and personalities as do lackluster coaches. Every child is different and they respond differently to specific styles. You know your child better than the coach ever could. However, you may not know what is best for your kiddo until you see how well they (and their teammates) respond to the coaching they receive.

The best thing you can do is sit closer to your son/daughter’s coach during games. It is not always a possibility, and we don’t encourage ANY parents sit on the bench, but you do want to hear what is going on whenever possible. Try to get a closer look as to what information is conveyed during the huddle. Are the players all focused on the coach when he/she is speaking? Are they disinterested and just standing close because the coach told them to? Look at their body language as it may tell you everything you need to know

Coaching youth athletes is not easy, but it is simple. Our job is to get all the players invested in the outcome and to follow the strategy. It is easier said than done, but when handled correctly great teams are built and great outcomes ensue!