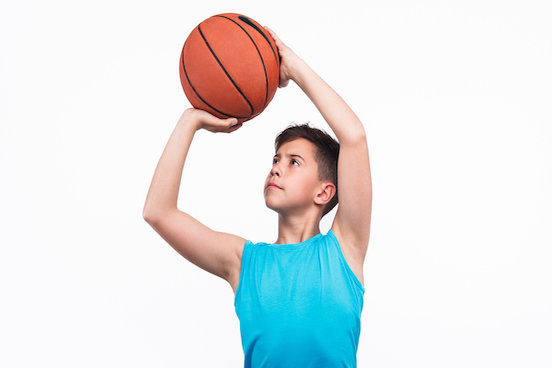 There are times in all basketball players’ lives where their resolve will be tested. A time when a decision must be made as to whether they “really” love the game, or if they are going to let adversity get the best of them. Maybe they missed the game winning shot. Perhaps their coach made them ride the bench when all their friends came to see the big game. Or worse.

Maybe they tried out for the team, and got “cut”.

To youth athletes, not making the team may seem like a nightmare. They may feel angry, embarrassed or even disappointed in themselves. While these emotions are all very valid, one thing they should never feel is lonely. Not because it isn’t a lonely feeling (in fact we could argue the opposite). Because the list of great people who were “cut” at one time will always be longer than the list of those who always made “the team”.

In the basketball category alone, there are several names you may recognize that were looked over at one point or another. The following is a list of players who were cut from an important team in their careers. Charles Barkley, Carmelo Anthony, Michael Jordan, and last (and certainly least in this group) myself.

In 7th grade I was cut from my middle school basketball team.

Up to that point I had never been so upset and frustrated in my life. Not making the team was never even a thought in my mind.  I knew how much I loved the game. I knew how hard I consistently worked in the sport.  The day I was cut I learned a valuable lesson in what “love” meant and what “trying hard” really was.

Not making my team taught me how to practice effectively, push through fatigue, and how to truly focus on accomplishing a goal. Not only did I want to make the team next season, in my mind I had to.

“Getting cut was the best thing that ever happened to me… “

It made me understand how much I had previously taken for granted and how to fight through adversity. Getting looked over in 7th grade pulled an intrinsic motivation out of me. I never truly had it before, and have never been able to shake it since. Ultimately, getting cut was the best thing that ever happened to me regarding my basketball career.

Of course getting cut hurts. I will never tell a passionate basketball player the opposite. However, making every team (that is worth it) is unrealistic. Basketball players need to learn to earn a spot before they understand how to keep it. Good things to come those who wait, but great things come to those who earn them.
Later in life I was fortunate enough to eventually earn a Division I college basketball scholarship and after graduation I played professionally overseas. I was only able to get to that point because of the determination instilled in me after that 7th grade tryout.
When a player doesn’t make one of our teams we encourage them to “prove us wrong”. Our hope is that the next time we see them, they will have improved so drastically that we regret our original decision. To a non-competitor this may seem like a harsh way of teaching a lesson, but we believe in the value of exerting concentrated effort in order to achieve a goal.
Tim Notke once stated “Hard work beats talent when talent doesn’t work hard”. Basketball has a way of often finding parallels in the real world and at it’s core is about competition. The goal for our athletes is to help them excel in their craft whether it be on or off the court.  If they can find a way to be the best in the world at what they do, we guarantee their names will always be on “the list”.
Share: